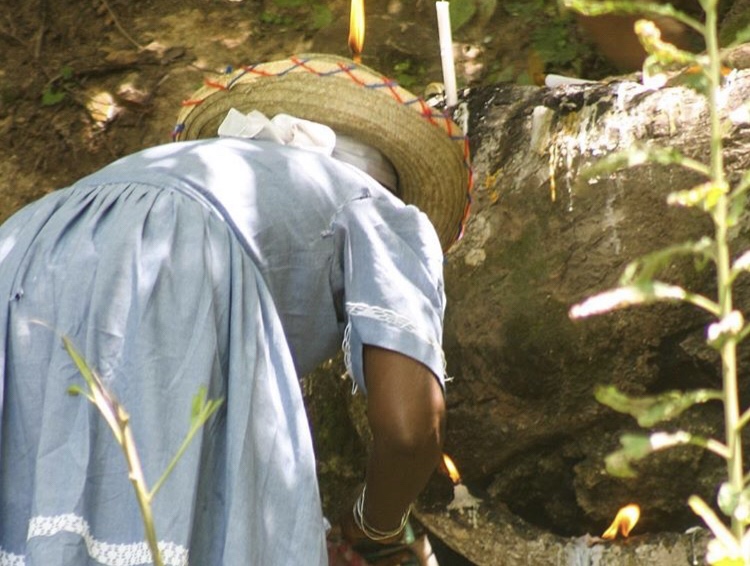 Q: What difference do you make between the sacrifice of an animal and that of a human? Considering that it is the same energy that animates everything and energy cannot be created nor destroyed; how are they different?

In Vodou when you sacrifice an animal in a ceremony to feed the spirit, you can use it for ‘tretman’ / healing where you exchange a life for another life. But when you sacrifice a human, to me that is the last degree, extreme limit. It shows that if you’re willing to sacrifice a person, you must need it badly and you’re going to get it but there will be harsh consequences.

Even though in Vodou, nothing ever really dies. A ‘dead’ person isn’t even really dead / nonexistent. There are ceremonies that are done for those who have passed to help them transition to the next level of reincarnation.

Same for the animal, when you kill it, that was his time and now he will have another cycle. The soul of that animal is shared and the blood is used for purification

Living Green In Haiti is a platform dedicated to promoting and supporting Haitian Culture and Progress. It was started in Dec 2013 by Samantha Nader, an expat navigating her way through Haiti after having lived in the USA for 8 years. We hope it can be of help to you!